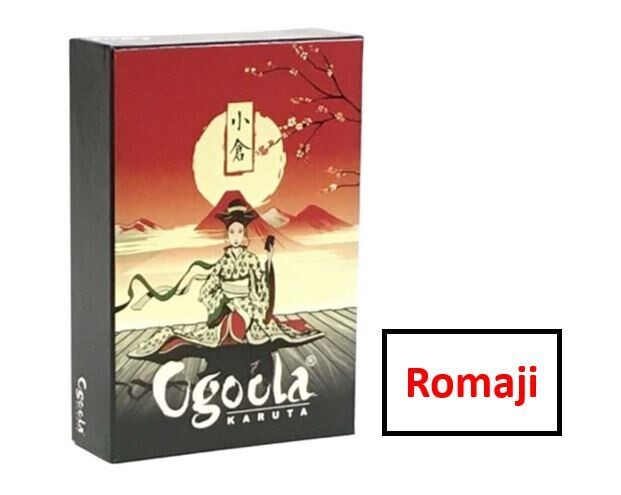 The cards have the original Japanese illustrations and texts from Shogundo printed on one side and the Japanese Hyakuninisshu poems in Romaji on the other side. This allows you to play with either Romaji or Japanese writings. It also has a clue (kimariji) on each card that helps you recognize the correct card.