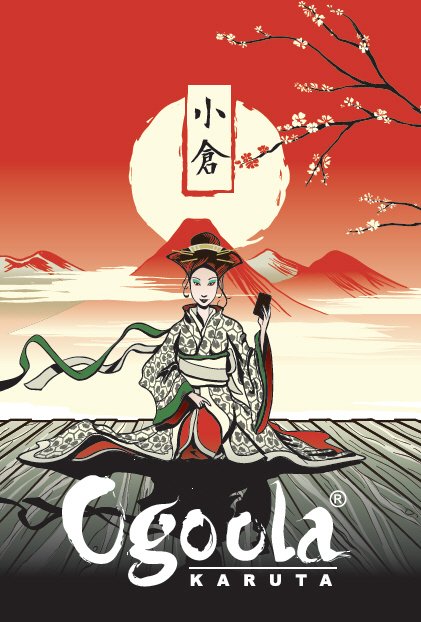 Karuta is a traditional Japanese card game played since over 400 years. This card game is unique because the cards have famous poems on them and it is about listening and being fast. Although it is a card game, it is very physical and sporty. Karuta became famous worldwide due to the anime and manga Chihayafuru.

Today, over one million karuta players in Japan compete in clubs and  they have a grand National championship every January. 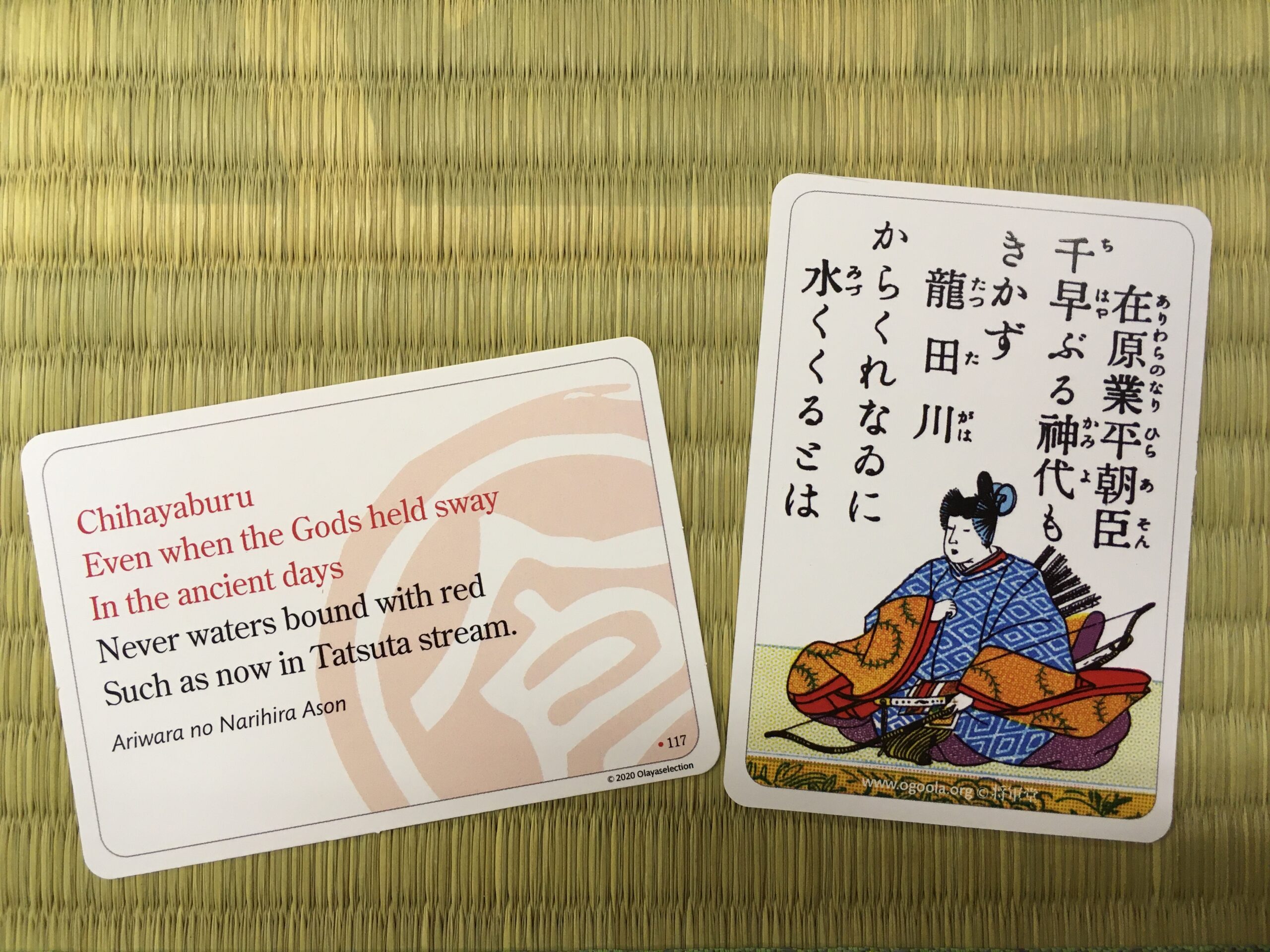 Above is an image of the Hyakuninisshu English Karuta, expansion pack using the Makurakotoba.

For all of you interested in playing karuta in English, you have landed in the right place.

We specialize in making karutas in English, German, French, Swedish and Chinese.

It is important to know that we have different types of karuta.

For the first time in history, you can play karuta with English, American, Irish and Scottish poems.

The Hyakuninisshu English Karuta features the original Japanese karuta from Shogundo in Kyoto on one side, and the English translation on the other side.

The translation is by Clay MacCauley (1917) which follows the original 575-77 syllables form of the Tanka. Tanka is the classical Japanese short poems. This translation enables you to sing the poems in the original melody sung at the karuta tournaments in Japan.

New! The Hyakuninisshu Romaji Karuta is the ultimate karuta for people who want to play karuta in Japanese but can not read Japanese characters.

With this karuta, you can play in Japanese like in Chihayafuru – without knowing the Japanese characters!

All 100 poems are carefully transliterated to western (roman) letters and each card has a clue (kimariji) that helps you recognize the correct card.

Each card has the original Japanese karuta from Shogundo printed on one side and the same text written in Romaji on the other side.

The companion reader apps for our karutas:

We offer a free reader apps for our karutas. The reader app can act as the reader if everyone wants to play or if you are only two persons and you need a reader.